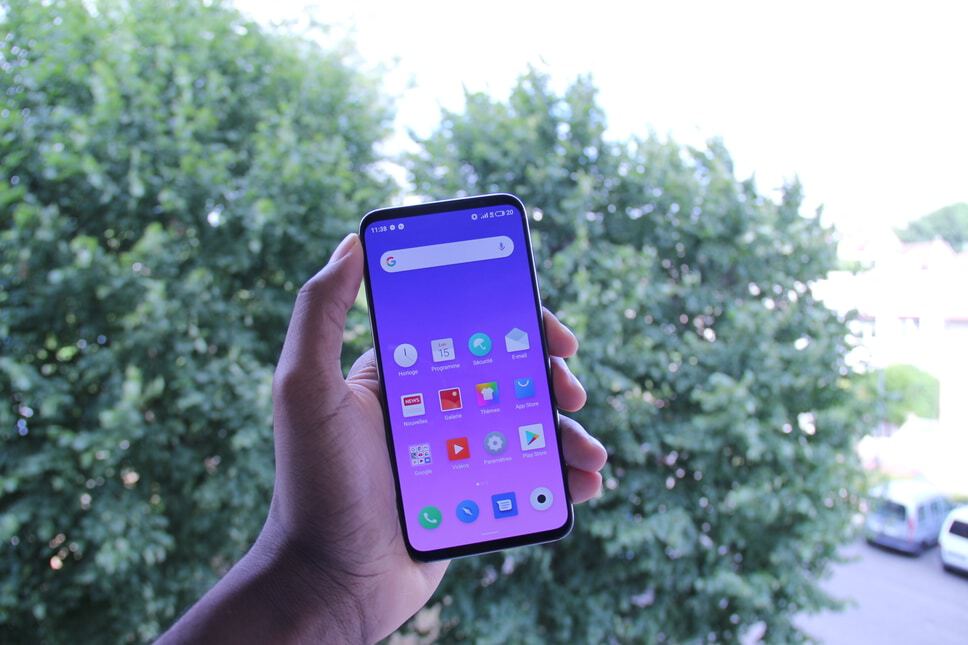 The 16s incorporates the design elements that made the Meizu 16th a success, namely a beautiful Super Amoled screen with symmetrical façade with very thin borders where the main sensors are housed as well as the 20-megapixel selfie camera.

There is a 6.2-inch Super Amoled Full HD display, custom-made by Samsung. It occupies 91.53% of the front without any notches, motorized mechanism or punch!
In practice, the 16s screen is a pleasure to use, these very thin borders make it very comfortable and particularly immersive. 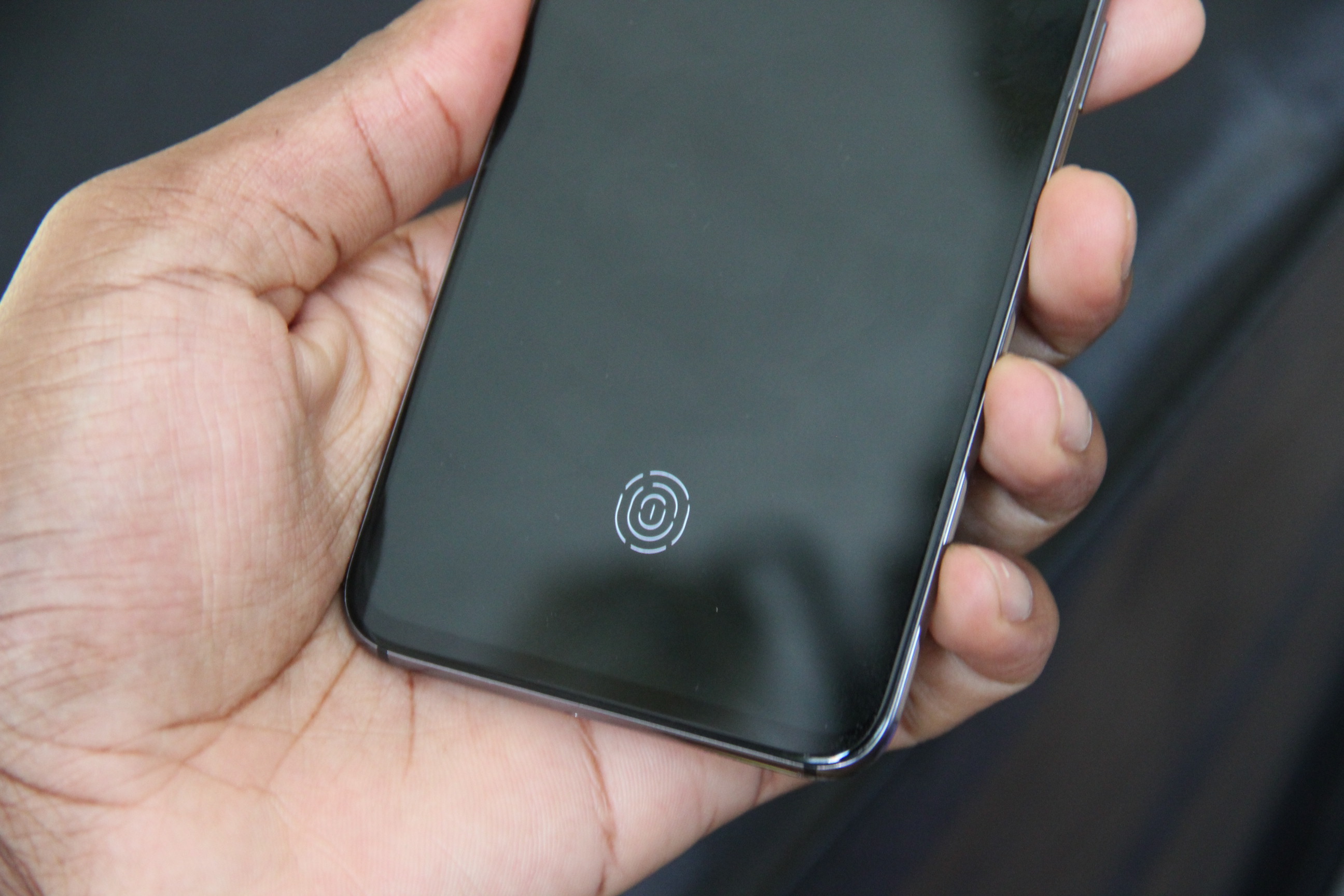 The fingerprint reader responds very quickly, I was able to try it in several environments and it turns out that there is almost no more failure even in the middle of the night. 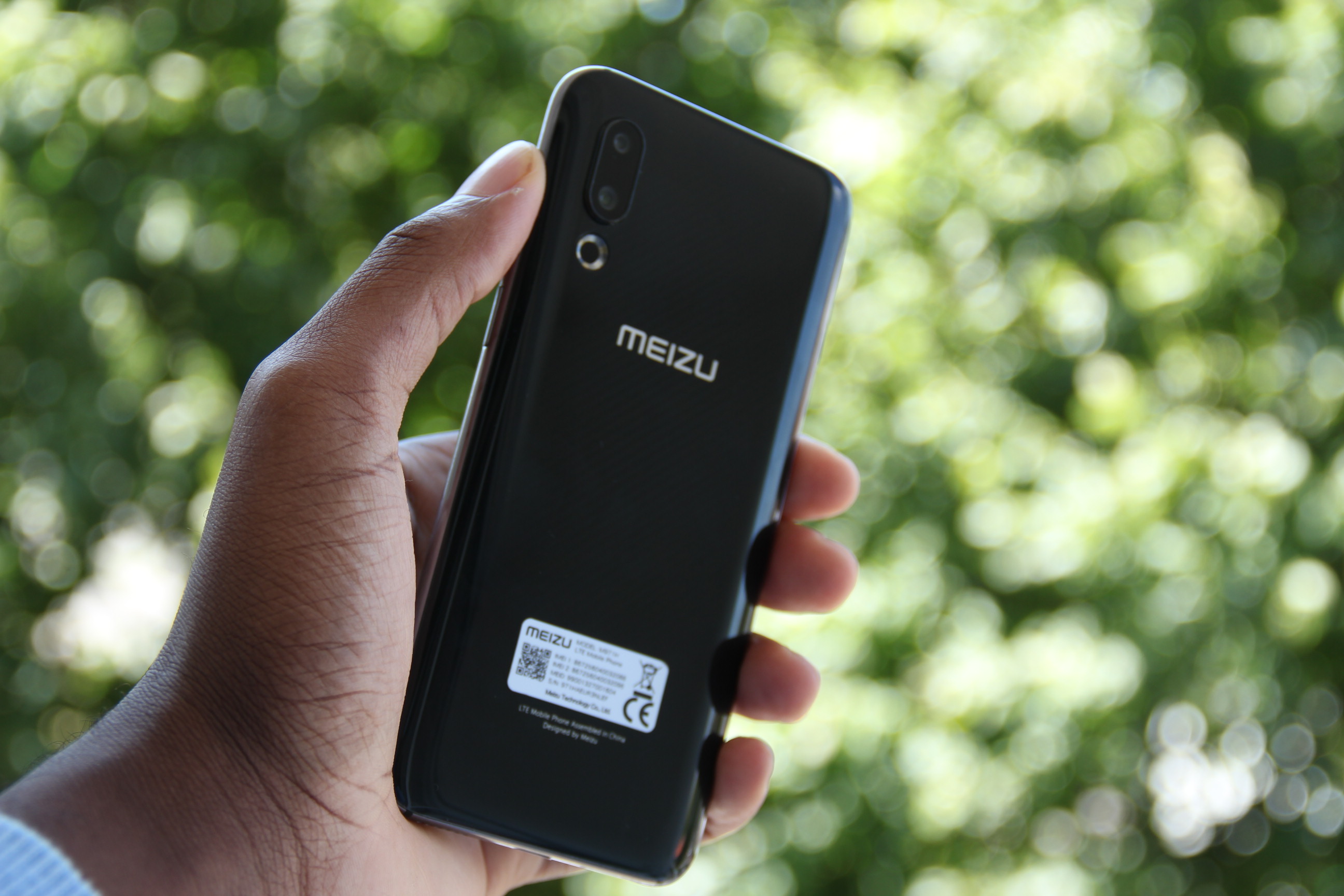 On the rear side, the 16s has a glass back with a carbon fiber pattern more or less visible depending on the tilt.
10g heavier than the Meizu 16th, the 16s, with its 165g remains thin and light and perfectly usable in one hand.

The main volume and power buttons are located on the right end of the phone. On the bottom end is the SIM drawer and USB C port. As you can see Meizu has decided to skip the Jack 3.5mm port to be able to incorporate a larger 3600mAh battery that guarantees a day of use with heavy use. 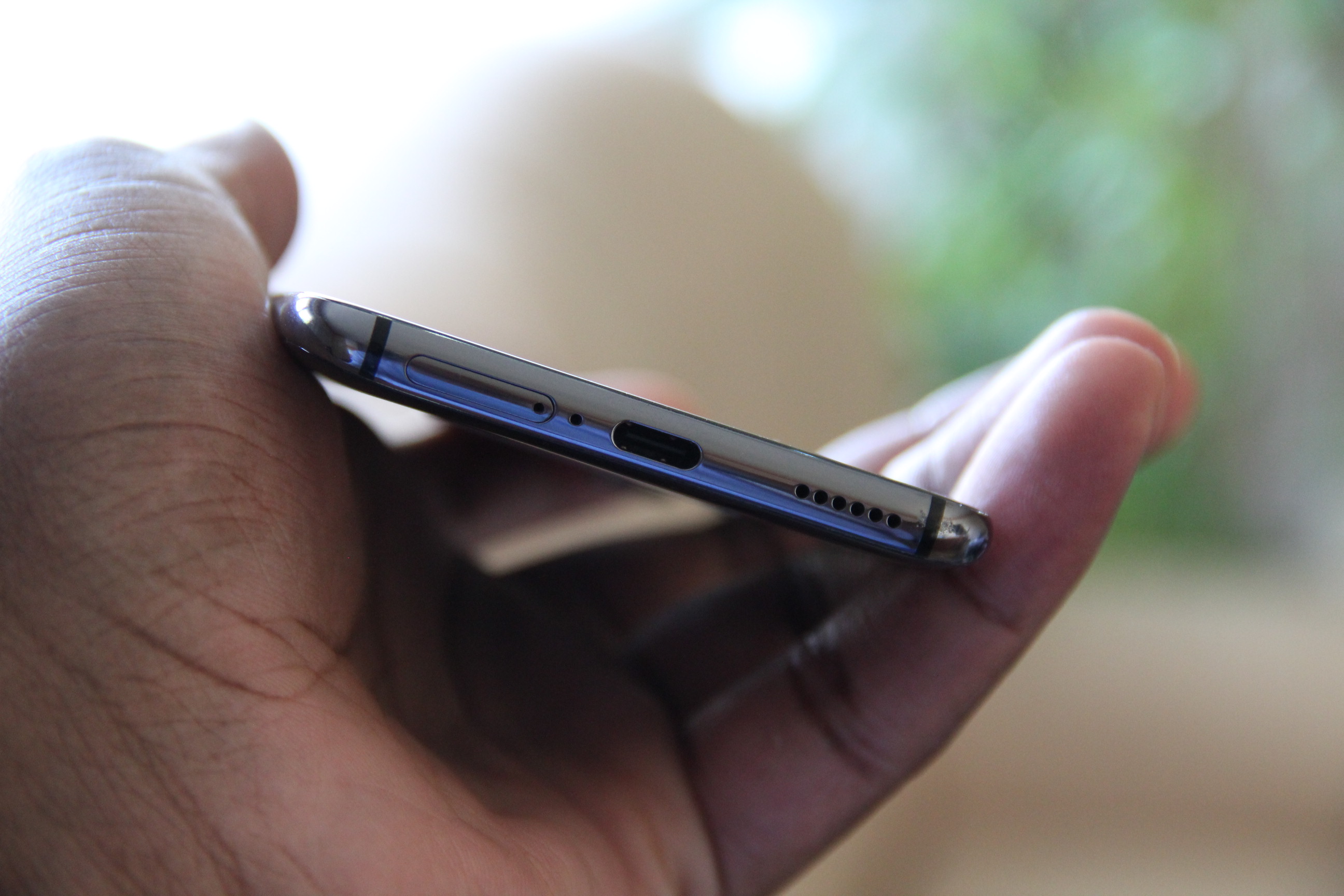 The Meizu 16s is powered by Flyme 7.2.3.0G based on Android Pie, in terms of big news we will note the addition of OneMind 3.0 for better management of resources and performance. Powered by the Snpadragon 855, the 16s runs like a Swiss clock, I’ve never felt any slowdowns. The opposite would have been surprising.

In terms of navigation by gesture, we welcome the arrival of a new combination of gestures called easy gesture and improved animations. Personally I have a preference the mBack gestures that allow to navigate using a single button: A touch to go back and a pressure to go to the main menu. Also the addition of the haptic engine mEngine 2.0 simulates the presence of a physical button when navigating mBack which has finished convincing me with navigation mBack. 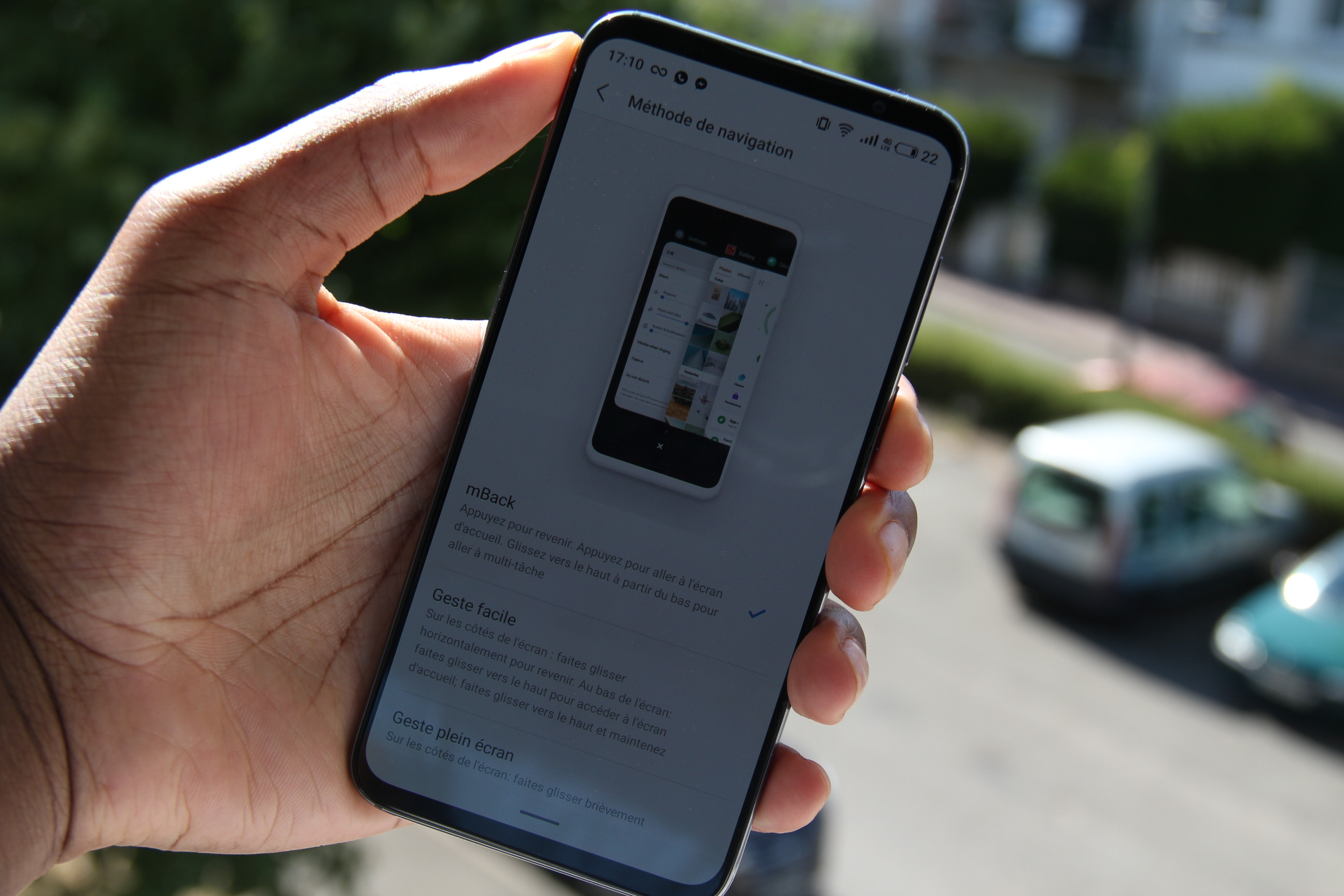 The big evolution comes mainly from the configuration of the dual photo sensor: Equipped with a Sony wide-angle main sensor of 48 Megapixels IMXX86 opening to f/1.7 with a corrected and improved optical stabilization. Next to a 20-megapixel Sony IMX350 sensor. It now lodges on the upper left side. The first shots taken with the 16s are very promising especially in low light. We’ll share our snaps with you once our tests are done. 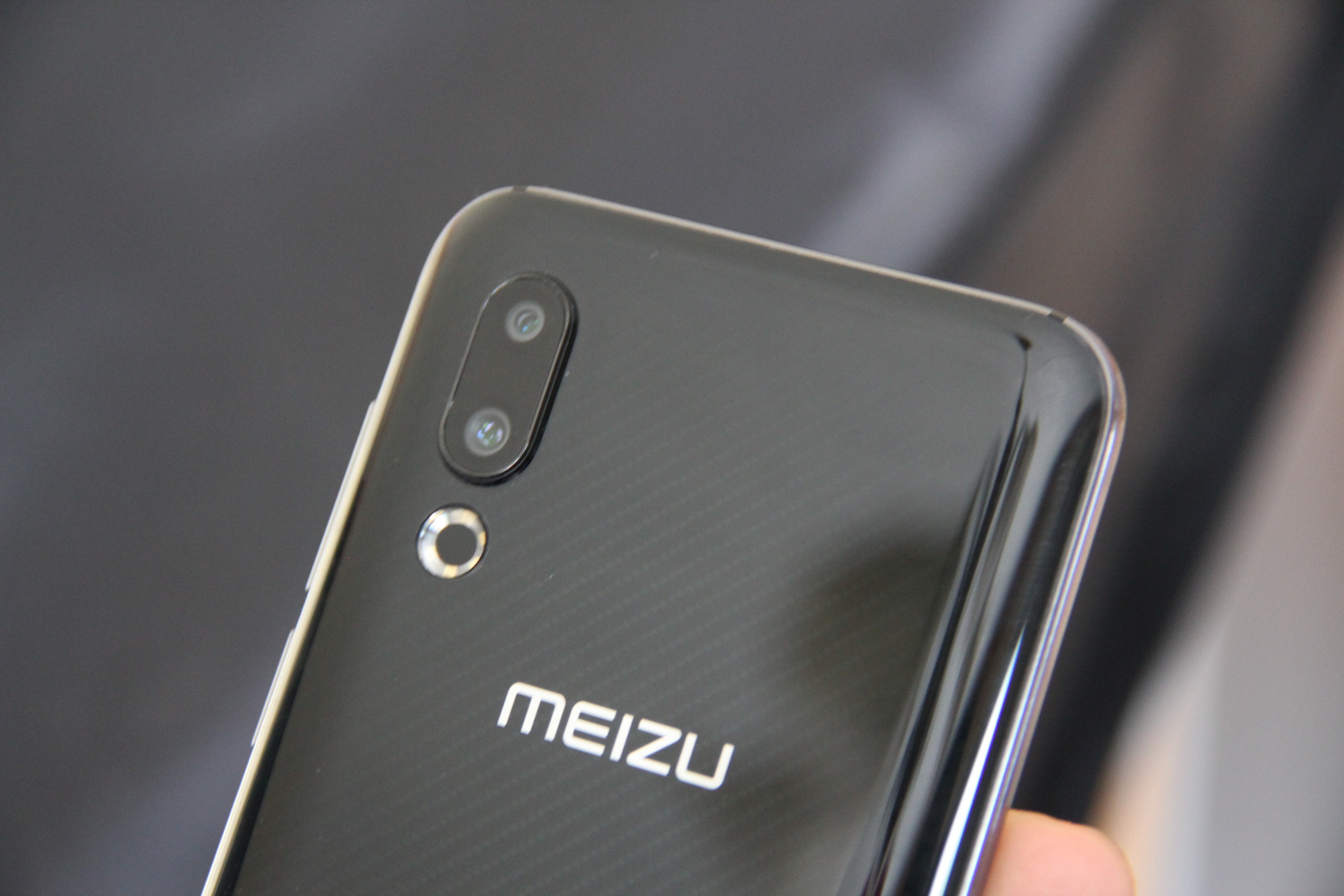 The Meizu 16s is available for pre-order in its 8GB Ram configuration and 128GB of storage starting at €499 on the Meizu Store. It is available in two colours: Carbon Black and Phantom Blue 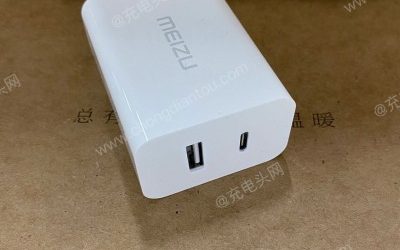 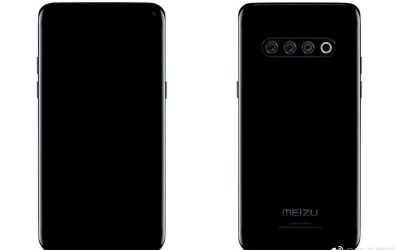